The Best Plantation Shutters For Your Window Style 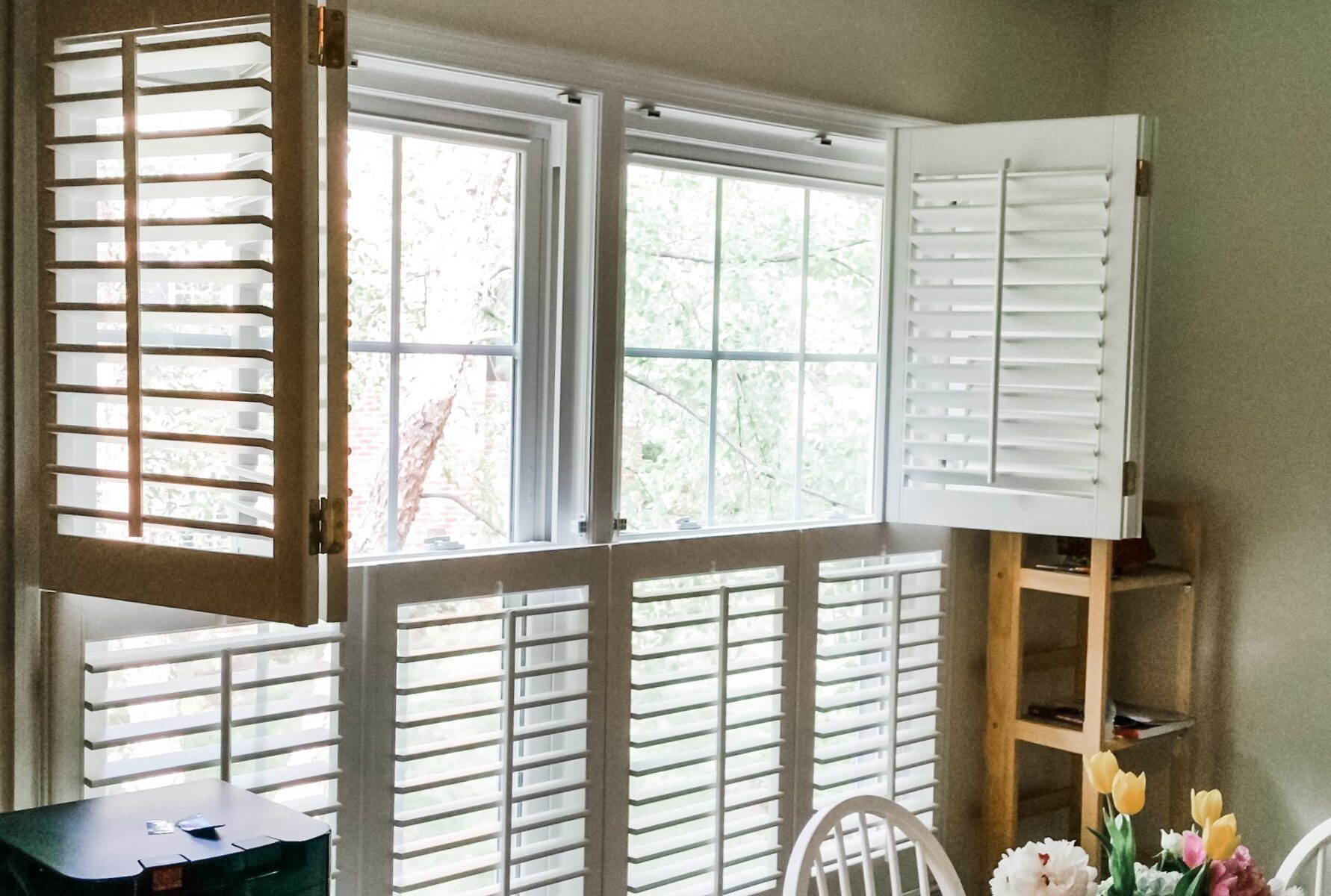 There are many different styles of windows, so it seems only fitting that there are many different types of plantation shutters from Shenandoah Shutters. Some of these shutters and window styles match more seamlessly than others. For instance, if you have a wide, classic window, a traditional plantation shutter style will be a better fit. If you have something sleek and modern, maybe our patented Softedge shutters will make more sense. Looking for the perfect shutters to match your window? Let’s break down some great pairings in today’s blog.

These windows can come in all shapes and sizes, but the commonality is that they are not designed to open. Fixed windows, also known as picture windows, are “fixed” and designed only to let in light or enhance the style of a room. The type of shutter that you choose for these windows will depend on the shape, but cafe shutters can add a dynamic layer to your picture windows. Cafe shutters only cover half of the window, leaving the top half open or sometimes covered with a small cafe curtain. You might also opt for custom shutters to suit your custom picture windows.

These windows are often the largest, grandest window styles. They are made up of three or five window panes that curve outward, forming a wide window seat and expansive views, perfect for sitting with a good book and listening to the rain. These windows make a big, classic impression, and we love to see traditional plantation shutters used on them to draw out that timeless quality. On the other hand, Softedge shutters can add a sleeker appearance to them. Opt for stained shutters when it comes to bay or bow windows in order to bring out the natural beauty of the wood.

These are popular window styles, in which the window is divided horizontally by two different sashes. In single-hung windows, one of those sashes is fixed while the other will move up and down. Double hung windows have two fully operable and two locks for added security. Because of the split of these windows, we like cafe shutters for a seamless blend. You can leave the top half of the window open or cover it in a short curtain for extra style.

Sliding windows function like a small version of sliding glass patio doors. They are wide horizontal windows in which one or both sashes moves from one side of the track to the other for easy operation. They are most popular in kitchens and bathrooms, because of the easy ventilation. Softedge shutters, painted white or cream, will add style to these windows without taking away from the function of them.

Interested in installing plantation shutters to suit your new windows? Whatever shutters you’re interested in, let Shenandoah Shutters be your source. Contact us today to learn more about our shutters, to order your own, or to visit our workshop and showroom.