9 Famous Homes That You Didn’t Realize Had Plantation Shutters 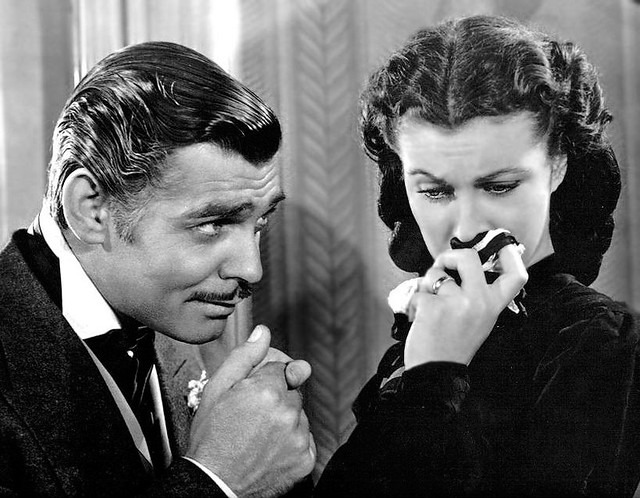 Drive through any of our service areas, and you’ll be instantly struck by the popularity and beauty of plantation shutters. Historically, plantation shutters have helped control the temperature of a home, keep out pests, and offer residents privacy. Today, they are valued just as much for these historical features as they are for their ability to provide the perfect ambiance to a home. Plantation shutters provide unmatched sophistication and elegance to modern homes. In fact, you can regularly spot plantation shutters on the windows of the homes that are featured in some of your favorite movies and shows, making them a key piece of pop culture.

Here’s a closer look at 9 movie and TV homes that you might not have realized had plantation shutters:

Gone with the Wind

Gone with the Wind is perhaps the most obvious choice for a film with endless shots of plantation shutters, but no movie list about these shutters can be complete without a mention of this classic. The movie’s Twelve Oaks home and Bellamy Mansion, also known as Scarlett O’Hara’s beloved Tara, features stunning architecture that even today, so many years since the release of the movie, are often the first images that people think of when they think of plantation shutters.

The mansion in American Horror Story: Coven was basically its own character on the show, with white walls, dark furniture, and light, yet gothic style, chandeliers. The office and the kitchen of the mansion are where you can most clearly see the plantation shutters on the windows of this elaborate home for the witches. Off-screen, you can find this mansion in New Orleans.

This 90s comedy probably had you laughing too hard to notice the plantation shutters in Jerry’s oceanfront condo. Most of Jerry’s windows were without much window treatment, giving full view of the beach, but when he needed to filter light, wooden plantation shutters did the job. Many of our service areas are in beach communities, and plantation shutters are perfect for giving your home a beach glow (and the slats can be opened as wide as you’d like) while offering privacy.

The iconic family home from the classic Mrs. Doubtfire, starring Robin Williams and Sally Field back in the 90s, was placed for sale at a price of nearly 5 million dollars back in 2016. Subtle plantation shutters line the beautiful bay window of the house’s living room, giving the room a more grand, upscale appearance.

Sex and the City

Considering that this television show was all about city living, it may surprise you to learn that plantation shutters featured quite a bit in some of the apartments and spots throughout the run of Sex and the City, showing that plantation shutters are diverse and a true possibility for a wide variety of home types — even the apartments and penthouses of New York City.

Similarly to Gone with the Wind, the home in The Notebook played an essential role in the film’s plotline, with one of the main characters, Allie, insisting on a home with a very specific kind of look and style. Viewers will notice the light in the house scenes creates the kind of romantic ambiance that you expect from plantation shutters. Noah, the character who makes the home into Allie’s dream house, also used light and airy curtains to set the tone. Curtains and other fabric window treatments can easily be paired with plantation shutters.

Life As We Know It

This sweet 2010 movie starring Katherine Heigl and Josh Duhamel is set in an absolutely beautiful home with careful detailing and plantation shutters in various parts of the house. Just like in the movie, plantation shutters blend in with fine furniture and stunning detailing, making for a truly luxurious home on-screen and in real life.

You probably weren’t examining the architecture in Liam Neeson’s hit action movie  Taken, but if you had, you would’ve quickly noticed the plantation shutters featured on the film’s home. Like The Notebook, the home in Taken also paired plantation shutters with a fabric window treatment. The most common way to do this is through the café shutter, where the top half of the window is covered by a valance.

In the movie, Nicholson’s and Keaton’s characters meet up at a restaurant that was actually set at Shutters on the Beach, but take a look at this hotel’s luxury suites and you’ll see plantation shutters on their sliding glass doors. Tilting the louvers allows guests soft beach light to filter into the rooms with a spectacular view of the Pacific ocean. Shenandoah Shutters offers a slider option for sliding glass doors, so you can bring the same luxury to your home.

Plantation Shutters: The Star of Your Home

The custom made, all-wood plantation shutter is as beautiful as it is practical. At Shenandoah Shutters, we’ve been passionately crafting these shutters for decades in our Richmond, Virginia woodshop. We offer a wide variety of plantation shutters, from the traditional shutters that you know and love to unique options for tilt-ins, casements, and hinges, as well as various stains and colors. We use fine American hardwood that is specially chosen based on your choice of stain and your home design, including basswood, yellow poplar, and requested woods, such as mahogany and cherry.

The next time you’re at the movies, take a closer look at the houses that you see on screen. Chances are high that you’ll notice all-wood plantation shutters on a character’s house — and the gentle light that fills their home and the screen as a result.

Shenandoah Shutters offers a free, in-home design estimate complete with samples to help you choose a plantation shutter option that fits the needs of your own starry home. Contact Shenandoah Shutters today or visit our Richmond showroom to see our shutters up close and personal.